Your Apple Compatible Earphone will now be able to Plug into a Landline Desk Telephone or Home Portable Cordless Phone if it has a 2.5mm headset Jack. After the iPhone 7 Apple cell phones, they did away with the wired plug in jack, however many people still have the original earphones that have an inline microphone. We also sell many different wired earphones that are compatible with the AH2P adapter. If you a set of the original Apple earphones that came with your iPhone, they still can be put to use with your desk phone or cordless portable phones to communicate without having to hold the phone.

Shown Below is a Photo of the AH2P Adapter Plugged into a 2.5mm Portable Telephone Jack 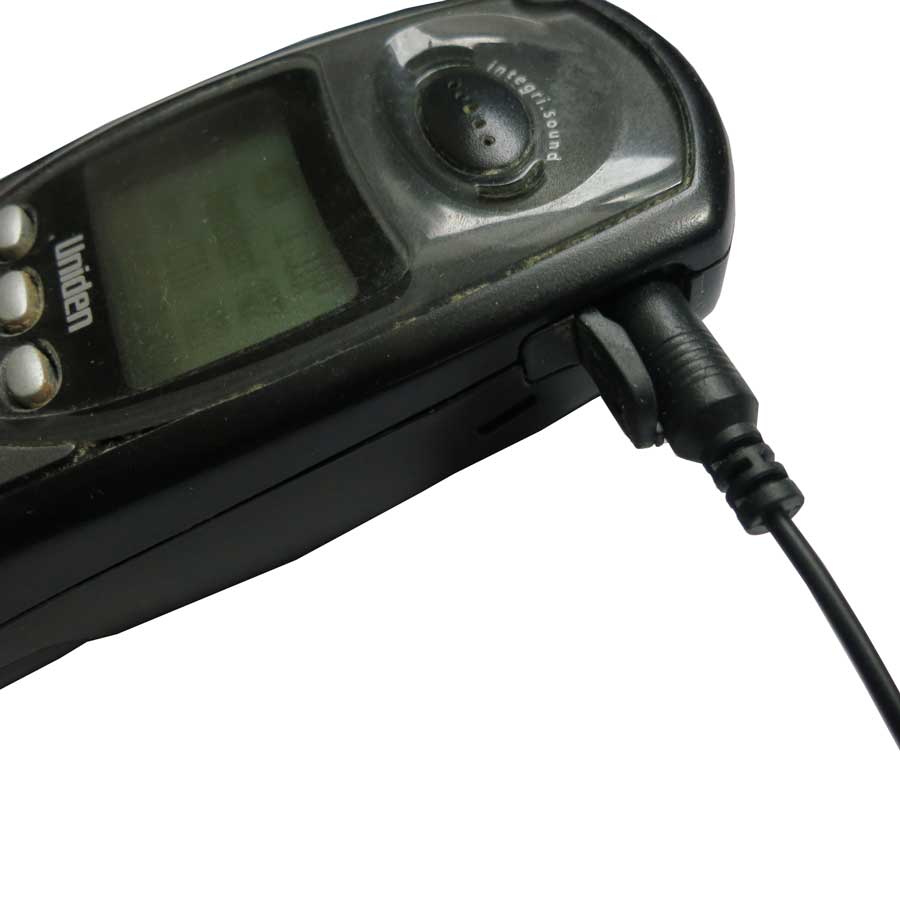 If you have a wired earphone that has a built-in mike, and you want to use that with your desk telephone or cordless telephone, this adapter will accept the 4-conductor 3.5mm male plug of your earphone and allow you to plug the adapter into the 2.5mm jack of your telephone as shown above. This adapter is configured to work with AHJ (Apple Headset Jack) configured earphones so you can plug them into your telephone jack. The AHJ compatible earphones have a built-in microphone and a 4-conductor TRRS Apple configuration plug. If your earphones work with Apple iPhones or the iPhone standard, then you will be able to plug them into your telephone with this adapter.

NOTE: Most earphones with built-in mike were made to work with the Apple iPhone standard. These include all the earphones offered by our company. Any earphones that are made to connect with the older Samsung (OTMP) standard configuration will likely require our SH2P adapter. The Samsung (OTMP) configuration plugs use a reverse of the microphone and ground wiriring within the plug. This diagram shows the AH2P adapter and a plug that fits inside the female jack.

Customer feedback is often a significant factor when it comes to the things that we develop at Scan Sound. Customers had been ordering some of our adapters and when questioning them why they ordered a particular adapter, we found many were trying to come up with a way to use their cell phone earphone with their home or office telephone. We did some checking and tinkered around with the phone connections and found that we were able to come up with an adapter that seems to do the trick. Keep in mind that this adapter has connections that are made to work with iPhone compatible earphones. The iPhone earphones have an inline microphone and a 4-conductor TRRS plug using the AHJ connections standard. The iPhone compatible earphones will make the correct connections so the earphone hears the audio and the microphone can be heard over the phone to communicate with a home or office telephones that has a 2.5mm jack.

We have been using one of these adapters now for some time with our Scan Sound earphones and they work well with most home and office telephones that have the 2.5mm jack. They connect very well with our phones so that we can converse hands-free with customers when the phone rings. You just plug your headset into the adapter, and then plug the other end of the adapter into the 2.5mm jack of your telephone. That's all there is to it. Then when you want to initiate a call, you simply click on the talk feature on your phone and dial the person you want to speak with. Similarly, you can answer the phone by touching the talk button. You may have to get used to the earpiece being situated in your ear, but it is certainly a lot more comfortable than holding the telephone to your ear all day long.

Many office and home telephones have a headset jack. On the cordless portable phones, the jack may be hidden by a rubber cover. The 2.5mm plug size is smaller than the standard stereo earphones plugs. Our AH2P adapter accepts your earphone plug and the adapter 2.5mm plug goes into the jack that looks like a very small hole in the phone. The earphones with an inline microphone will have a 4-conductor 3.5mm plug that is CTIA compatible. You may hear many buzzwords being used such as CTIA and AHJ howver, just keep in mind that they are all telling you that they used the same standard as the Apple earphone configured plugs. Due to the large numbers of wired earphones and headsets sold by Apple, the CTIA and AHJ configurations have become fairly standard with most audio products.

The AH2P adapter is compatible with most phones that have a built-in headset jack, similar to the models shown below: 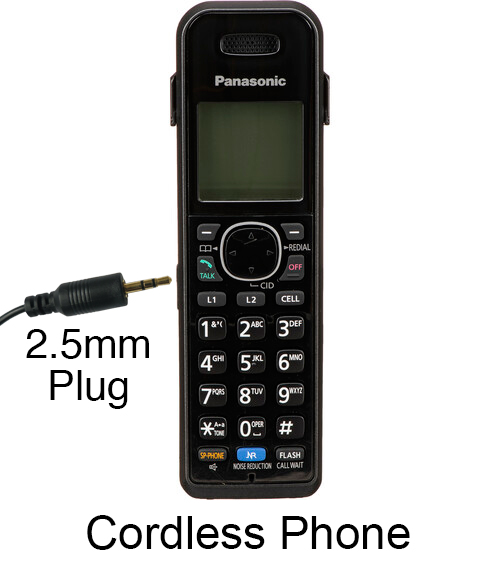